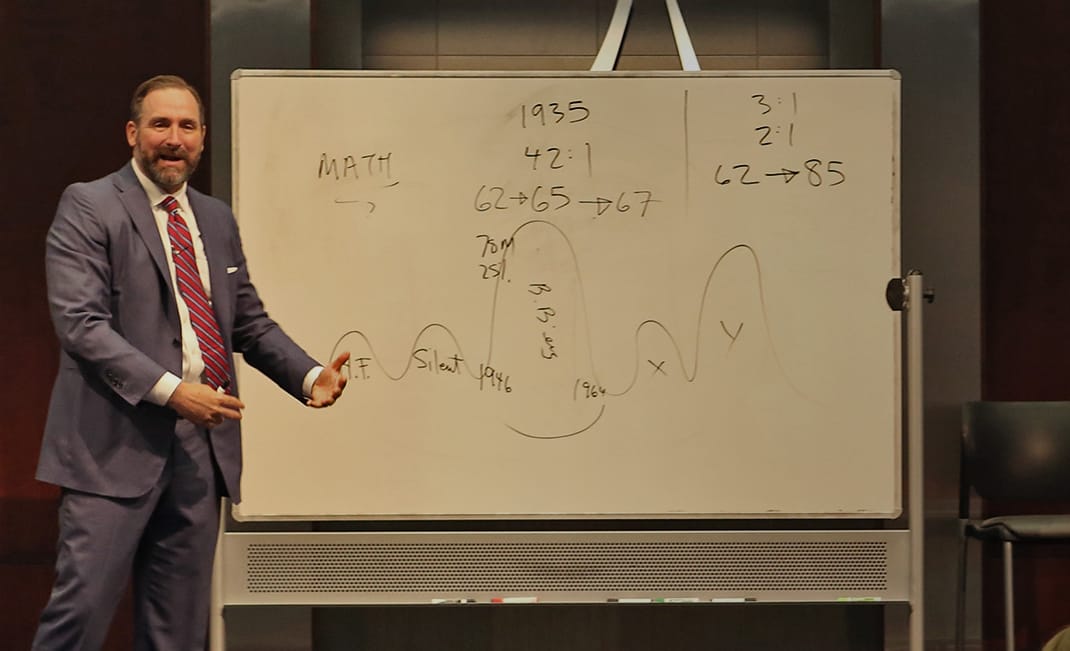 Protect your retirement savings from the impact of rising taxes.

UNTIL TAXES GO UP

If you’re like most Americans, you’ve saved the majority of your retirement assets in tax-deferred vehicles like 401(k)s and IRAs. But what happens when tax rates go up? How much of your hard-earned money will you really get to keep? Unless you can accurately predict what tax rates will be when you take those dollars out, you have no idea how much of that money is really yours.

So what’s the solution? The zero percent tax bracket. Why? Because if tax rates double, two times zero is still zero. 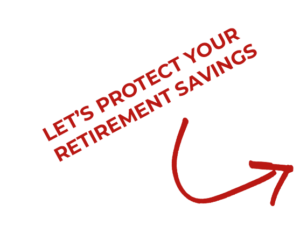 Get a one-on-one strategy session with David McKnight

NOW AVAILABLE: A Step-by-Step Plan for a Secure Retirement

The follow-up to the bestselling The Power of Zero, providing a blueprint to build a guaranteed, tax-free income stream that lasts for the long run. Preorder the hardback today and download Chapter 1 instantly.

BUY IT ON AMAZON

“For years, David has been crisscrossing the country, warning everyday Americans about the tax freight train bearing down on them, and the importance of investing in tax-free accounts…In Tax-Free Income for Life, David raises a warning cry about a second risk I’ve been telling Americans about my entire career: longevity risk…So, take the time to read this book and meet with a qualified, experienced financial professional. By making a few simple tweaks to your portfolio now, you can reduce your future tax bill and make sure your retirement income lasts for the rest of your life.” 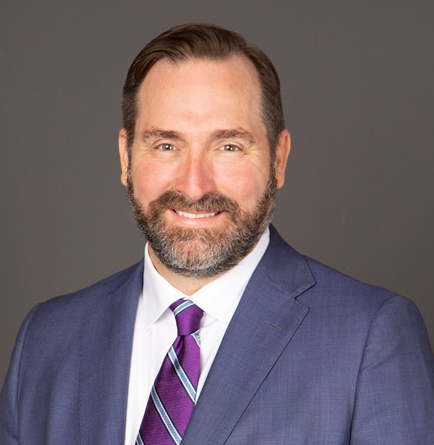 David McKnight graduated from Brigham Young University with Honors in 1997. Over the past 22 years David has helped put thousands of Americans on the road to the zero percent tax bracket. He has made frequent appearances in Forbes, USA Today, New York Times, Fox Business, CBS Radio, Bloomberg Radio, Huffington Post, Reuters, CNBC, Yahoo Finance, Nasdaq.com, Investor’s Business Daily, Kiplinger’s, MarketWatch and numerous other national publications. His bestselling book The Power of Zero has sold over 250,000 copies and the updated and revised version was published by Penguin Random House. When it was launched in September of 2018, it finished the week as the #2 most-sold business book in the world. In 2019 The Power of Zero was ranked as the #9 best financial resource in the country by Forbes Magazine. This book was recently made into a full-length documentary film entitled The Power of Zero: The Tax Train Is Coming. As the President of David McKnight & Company, he mentors hundreds of financial advisors from across the country who specialize in the Power of Zero retirement approach. He and his wife Felice have seven children. 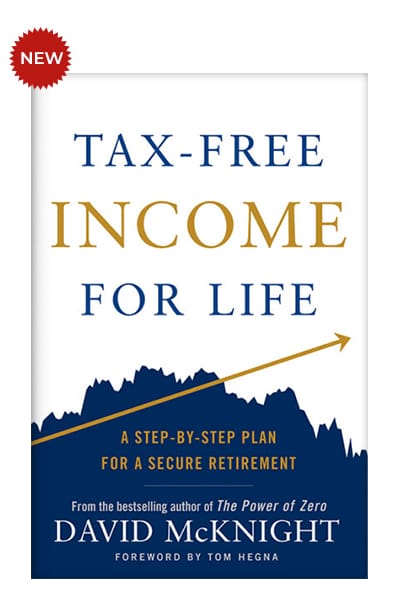 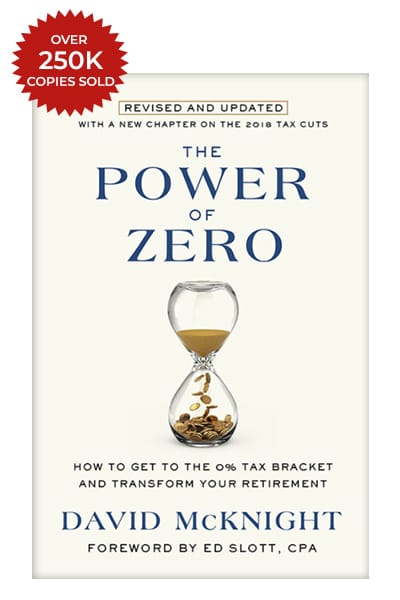 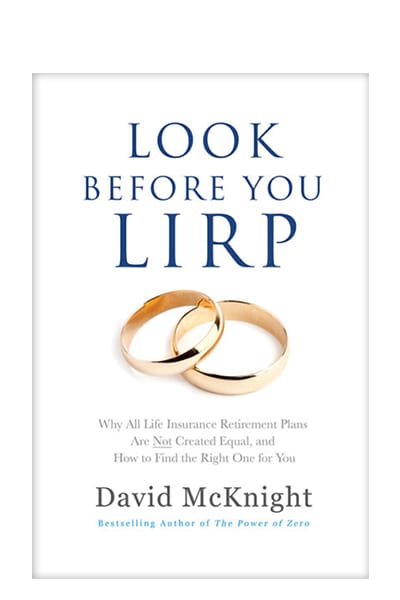 David McKnight is the author of four #1 Amazon bestselling books, The Power of Zero, Look Before You LIRP, The Volatility Shield and Tax-Free Income for Life. In his bestselling book The Power of Zero, David McKnight laid out a step-by-step plan on how to get to the 0% tax bracket in retirement. Why is the 0% tax bracket so important? Because if tax rates double, as some experts predict, two times zero is still zero!

DAVID MCKNIGHT HAS BEEN FEATURED ON:

The Tax Train Is Coming

As the US debt spirals out of control, it polarizes society and threatens to disrupt traditional retirement options with an impending freight train of onerous taxes and draconian austerity measures.

Buy or Rent on:

“This movie examines the exploding debt bomb and the coming consequences for YOUR personal financial life.  If you watch ONE movie this year, make it this one!!”

The Power of Zero Podcast

Tax rates 10 years from now are likely to be much higher than they are today. Is your retirement plan ready? Learn how to avoid the coming tax freight train and maximize your retirement dollars.

As a financial advisor, David came up with the concept of the three buckets and a quick five-minute presentation to convey the idea to clients. This developed into an hour-long presentation which eventually became the seed of the Power of Zero book.

It took David just three days to write the book because the core of the material was already in place. He just had to commit to putting it onto the page. The book was republished in 2018 with new content by Penguin Random House.

David is currently writing a fictional story centered around a financial theme that has a lot of real-world applications right now. The plot basically revolves around the very real threat of Modern Monetary Theory.

Modern Monetary Theory is the idea that the government isn’t constrained by the same restrictions as the average American family and can essentially print as much money as they want without repercussions.

All of the economists that David has interviewed for his podcast essentially agree on the fact that implementing MMT would lead to hyperinflation. However, this doesn’t stop MMT proponents from espousing the theory though.

If you start accumulating debt in the belief that it won’t affect anything, reality will prove you wrong. The cost of servicing the level of debt the US government currently has is taking up a large portion of the federal budget. By 2040, it would consume the entirety of the federal budget if interest rates simply went back to where they were at in 2003.

David believes the moment of reckoning for the US is going to be 2030. Brian Beaulieu has predicted the major economic trends with 90% accuracy over the past 40 years, and he believes that 2030 will be a confluence of events that will result in a global depression.

As rough as the dollar is, it’s still one of the most stable currencies in the world. It’s relatively unlikely to be usurped.

The real issue is that Social Security and Medicaid are tied to inflation, so if we print more money, the cost of the programs also rises and you will never really get ahead.

The US is facing down a fiscal gap of $239 trillion just to be able to deliver on the promises already made.

The Biden tax legislation has pros and cons for many Americans, but the bottom line is that he’s not addressing the underlying problem. It doesn’t arrest the slide into fiscal solvency.

Politicians are generally reluctant to push anything through right before midterms. If the legislation doesn’t get passed before the end of the year, it may never happen.

If David were the president of the United States, he would take a page out of Larry Kotlikoff and basically guarantee that Biden wouldn’t be elected for a second term. The big focus would be to reform the social programs that are driving the debt, in particular MediCare.

Without this kind of action, the national debt will grow by definition. Maya MacGuineas did a study to find what the government would have to do to simply prevent the debt from growing by $1 trillion per year, and she found that they would have to tax every dollar earned above $50,000 at a rate of 40%.

There is no way around the math. If we are going to fix this problem, no amount of taxing the rich or everyday Americans will do it. We have to fundamentally reform Social Security, MediCare, and Medicaid to get our country back on track.

On Jan 1, 2026 tax rates are going to revert to what they were prior to the tax cuts. If you want to do Roth conversions, now is the time. You have five years to take advantage of the current historically low tax rates.

Every year that goes by that you fail to take advantage of those tax rates, it increases the likelihood that you will rise into a tax bracket that gives you heartburn. When it comes to Roth conversions, time is your friend and when time is short they become less appealing.

When doing a Roth conversion, you have to be convinced that the tax rate you will pay today will be lower than what you would be forced to pay somewhere down the road. If tax rates are even 1% higher, then it’s probably the right move. 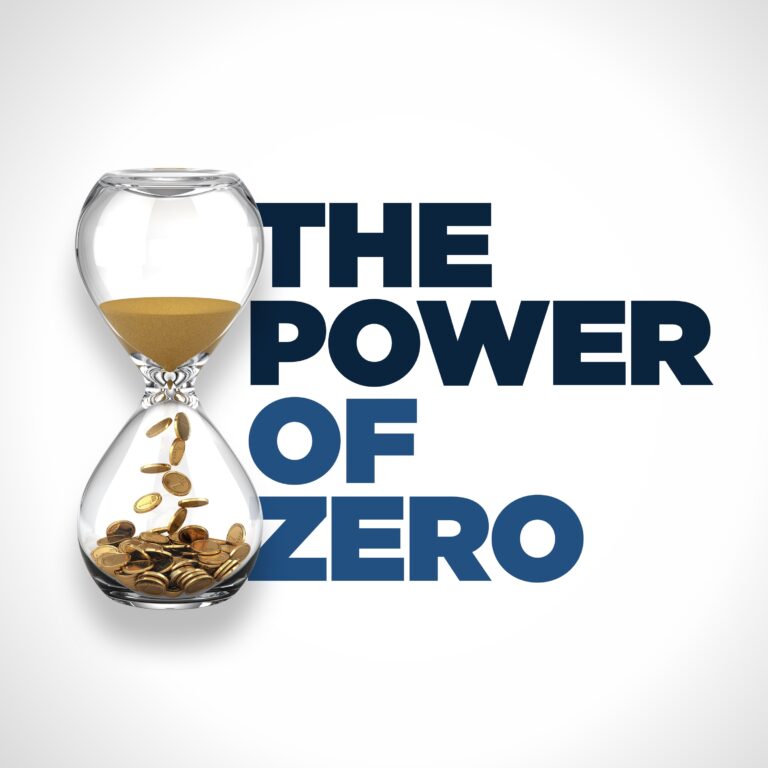